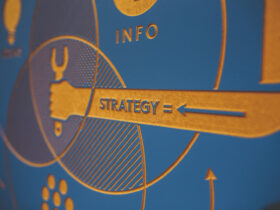 What is project management in Agribusiness?

What is a Project?

“A project,” according to J. M. Juran, is “a problem that is scheduled to be solved.” The term “problem” refers to a gap between where you are and where you want to be, along with an impediment that inhibits easy movement to bridge the gap. Projects are a collection of tasks that must be completed with limited resources to meet specific goals in a particular time and location. As a result, a project is a short-term endeavor used to produce a one-of-a-kind product, service, or outcome. Projects are an investment in which resources are used to build assets that will provide benefits over time in Agribusiness. It is a one-of-a-kind process that consists of a series of organized and supervised activities with start and finish dates that are carried out to meet specific requirements, such as time, cost, and resource constraints.

Short-term projects are those that are finished in less than a year and are aimed at achieving tactical goals. They are less demanding and require little or no risk. They aren’t multifunctional in any way. These projects have a low level of complexity and require limited Project Management tools. Short-term projects are simple to obtain approval, financing, and organizational support. Reduce the defect rate in store number two from 6% to 4%, for example.

These projects carry a greater risk, so a thorough feasibility analysis is required before proceeding. They are often multifunctional. Their main influence is on internal and external organizations over a long period of time. Long-term projects necessitate a large number of resources, as well as breakthrough initiatives from the members.

Why Projects are initiated?

In the following scenarios, projects are started:

Attributes of a Project:

In contrast to a program, projects concentrate on a single objective. The end results have an impact on their clients. They must be finished on time (by the deadline), on budget (due to limited resources such as individuals, money, and machines), and according to the specifications (with a certain level of functionality and quality).

In a nutshell, projects are:

All projects are planned and carried out in the context of social, economic, environmental, political, and international issues.

Stakeholders are people who own a piece of a company or have an interest in it. Shareholders, directors, management, vendors, the industry, employers, customers, and the community are all examples of stakeholders in a business. The outcomes and goals have an impact on stakeholders. They have differing levels of authority and responsibility. As a result, they should not be overlooked. A project manager should try to handle and meet the stakeholders’ expectations. Both positive and negative stakeholders exist. Stakeholder roles and responsibilities may overlap in some cases.

An engineering company, for example, would also help with funding. Individuals and organizations who are actively involved in the project, or whose interests may be impacted as a result of project execution or completion, are referred to as project stakeholders. They may also have an impact on the project’s goals and outcomes. To ensure a successful project, the project management team must identify the stakeholders, assess their needs and aspirations, and, to the extent possible, manage their influence in relation to the requirements.

As previously stated, when engaging in a project, stakeholders have different levels of responsibility and authority, which can change over the course of the project’s life cycle. Their authority and responsibilities range from sporadic participation in surveys and focus groups to full project sponsorship, which includes financial and political support. Stakeholders who fail to accept this responsibility may jeopardize the project’s goals. Similarly, project managers who ignore stakeholders should expect negative consequences for the project’s outcomes.

Some of the most relevant stakeholders are as follows:

There are several different names and categories of project stakeholders, affecting internal or external, owners and investors, vendors and contractors, team members and their families, government agencies and media outlets, individual people, temporary or permanent lobbing organizations, and society-at-large, in addition to these key stakeholders. Stakeholder naming or grouping is mainly used to determine which individuals and organizations consider themselves to be stakeholders. Stakeholder expectations must be managed by project managers, which can be difficult because stakeholders may have very different or conflicting goals.

Projects are the means by which an organization’s strategic plans are carried out. The strategic considerations that must be kept in mind when planning projects are as follows:

Projects are commonly broken down into smaller components or subprojects to make them more manageable. Individual subprojects are treated as projects and managed accordingly. They may be outsourced or subcontracted.

The Triple Constraint of Project Management:

The staffs conduct operations, which are ongoing and repetitive activities. Here are a few examples:

Projects are temporary and one-of-a-kind, and they are carried out by teams that include:

Good performance is rewarded in a visible way, and bad performance is constantly pressured to improve. The following are common characteristics shared by operations and projects: 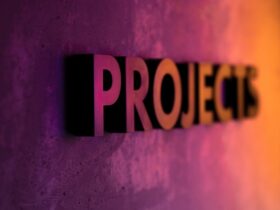 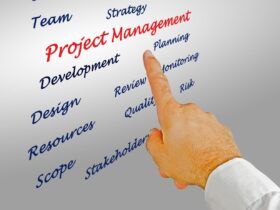 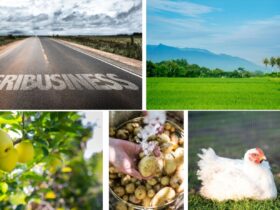 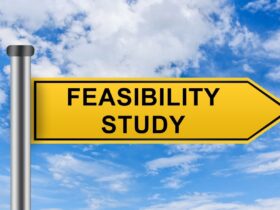