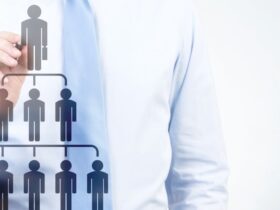 Delegation of Authority and Span of Management in Agribusiness Sectors

Plants are rooted in an inorganic substrate in rooting medium hydroponic culture systems, with the nutrient solution provided by either flooding the rooting media periodically or through a drip irrigation system. Table 1 lists some of the physical and chemical features of commonly used inorganic substrates. Growers have a broad selection of rooting media to choose from, as evidenced by this list. Course sand and pea gravel (materials that may need to be acid washed to eliminate undesired particles and then destroyed once used) were once the preferred medium. Furthermore, both compounds have a high volume weight, necessitating the employment of strong rooting tubes. Furthermore, a rooting material that will not be relocated within the rooting vessel when flooded with nutrient solution is required for the flood-and-drain hydroponic growth method. Rooting media for Hydroponic Culture Systems  is an important aspects.

A slightly tilted sand table, with the nutrient solution poured such that it flowed under the sand bed, was formerly a popular hydroponic technique. Perlite, rockwool, and coir, on the other hand, have recently been the rooting media of choice, with the nutrient solution being delivered on a regular basis by drip irrigation. All three compounds have similar physical qualities in terms of water retention and aeration, are inert in general, and have long-term physical and chemical qualities.

Perlite is an amorphous volcanic glass with a high water-holding capacity that is often generated when obsidian is hydrated. It is found in nature and has the remarkable ability of rapidly expanding when heated. It is a commercial product and an industrial mineral that is beneficial for its light weight after processing . Perlite is a good rooting material since it has a lot of air space within the particles. It’s inert, and none of the critical plant nutrients are present in significant amounts. Perlite has been utilized in a variety of ways, including rooting plants in a bag of perlite or placing perlite in a variety of pots and buckets. Perlite is often thrown after use.

Rockwool is a fibrous substance made from a mixture of volcanic rock, limestone, and coke that is melted at temperatures between 1500 and 2000 degrees Celsius, extruded as fine threads, and pressed into loosely woven sheets (Smith 1987). The sheets are cut into slabs with varied widths (16 to 18 in. [15 to 46 cm]), lengths ranging from 36 to 91 cm, and depths ranging from 3 to 4 in (5 to 10 cm).

The slabs are typically set flat on a prepared floor area that is covered with white polyethylene ground sheeting first. The configuration of the growing space and the crop to be cultivated will determine the spacing between the slabs. Cuts are made along the lower edge of each slab of the polyethylene slab covering on the bottom to allow surplus nutrient solution to flow from the slab once it is in place. On the top of the slab sheeting, an access hole is made to allow a rockwool block containing a growing plant. A drip irrigation system is then used to feed the nutrient solution to each rockwool cube.

Although efforts are being made to find a suitable substitute because disposal of spent slabs is becoming a serious concern, rockwool is perhaps the most frequently used hydroponic growing medium in the world today for the production of tomato, cucumber, and pepper. Rockwool has a high water-holding capacity, is generally inert, and has been shown to be an excellent plant development substrate (Sonneveld 1989).

Coir is a natural fiber derived from the husk of a coconut, which is the fibrous material found between the hard interior shell and the outer coat . Coir is being proposed as a rockwool substitute since it is an organic substance that can be more easily disposed of once it has served its purpose as a rooting medium. Coir may be fashioned into blocks and slabs similar to rockwool blocks and slabs and utilized in the same way. Coir has much the same physical properties as rockwool, but it does contain both essential and nonessential elements— mainly sodium (Na). Therefore, coir may require water leaching to remove Na if it is high and thus could affect plant growth. Rooting media for Hydroponic Culture Systems  is crucial for growers. 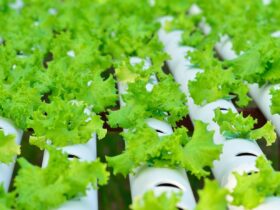 Aeroponics and Hydroponics – A Basic Introduction 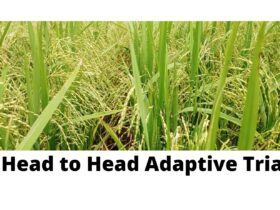 The nutrient solution for Hydroponics –A basic introduction

May 17, 2021
We use cookies on our website to give you the most relevant experience by remembering your preferences and repeat visits. By clicking “Accept All”, you consent to the use of ALL the cookies. However, you may visit "Cookie Settings" to provide a controlled consent.
Cookie SettingsAccept All
Manage consent