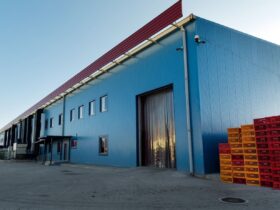 Cold storage; a safe approach for mitigating post-harvest losses and achieving food and nutrition security in the world

Polythene bags made of jute are coming in the market soon. Meanwhile, Bangladesh Jute Mills Corporation (BJMC) has entered into an agreement with a private company in the United Kingdom to start production of polythene (jute poly) from jute on a commercial basis.

A Memorandum of Understanding (MoU) was signed at the Secretariat on Tuesday (October 2, 2018). The  State Minister for Jute Mirza Azam and Senior Secretary for Jute Ministry Faizur Rahman Chowdhury. Md. Mahamudul Hasan and the inventor of polythene from jute, Mubarak Hossain was present.

Start Up of Commercial Production of Jute poly Bag:

At the signing ceremony, Mirza Azam said, “Commercial production of jute polythene will start in the next six to nine months. At first, the price of this polythene bag will be a bit higher than normal polythene. However, with the increase in production, the price will adjust. ‘

Replying to a question from reporters, the minister said, “The demand for gold bags will be huge in the market. If we can produce 500 tons of gold bags per day, then only 500 tons can be marketed. ”

Meanwhile, Mubarak Hossain, the inventor of polythene from jute, said, “This golden bag is environmentally friendly and capable of reproduction.”

An alternative to polythene discovered by a Bangladeshi scientist, perishable gold bags look as light, thin and durable as conventional polythene. This bag is made by processing fine cellulose of jute. If a golden bag made of jute is thrown on the ground, it will mix with the soil. As a result the environment will not be polluted. These bags will be affordable. Thus, if the use of jute increases, the farmer will get a fair price. As in the past, Bangladesh will be known worldwide for its jute.

The project to make perishable gold bags as an alternative to polythene was inaugurated on 12 May 2016. Under the supervision of Bangladesh Jute Mill Corporation (BJMC) has developed a gold bag made of jute. BJMC, a subsidiary of the Ministry of Textiles and Jute, has taken the initiative to produce the invented golden bag at the pilot project stage. An initial pilot plant for making gold bags was set up at Latif Bawani Jute Mill in Demra, Dhaka.

Cellulose is extracted from jute for making decomposable and environmentally friendly polybags. This bag is made by processing the cellulose and composing it through other environmentally friendly products. More than 50 percent cellulose is present in the bags produced. Apart from that, it does not use any other type of indigestible material, so it completely mixes with the soil within two to three months. The invention of this bag is about one and a half times the carrying capacity of polythene and it is very suitable for use as packaging in food and garment industry as it is as transparent as polythene. Apart from that, the price of this bag will be close to the conventional polythene bag as it uses local raw materials. 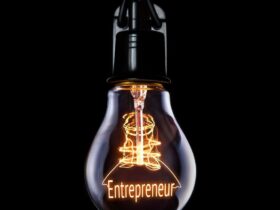 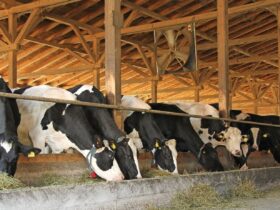 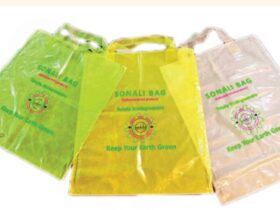 Alternative to Polythene Packaging – Golden Bag, Sonali made from Jute

Cold storage; a safe approach for mitigating post-harvest losses and achieving food and nutrition security in the world

July 1, 2021
We use cookies on our website to give you the most relevant experience by remembering your preferences and repeat visits. By clicking “Accept All”, you consent to the use of ALL the cookies. However, you may visit "Cookie Settings" to provide a controlled consent.
Cookie SettingsAccept All
Manage consent